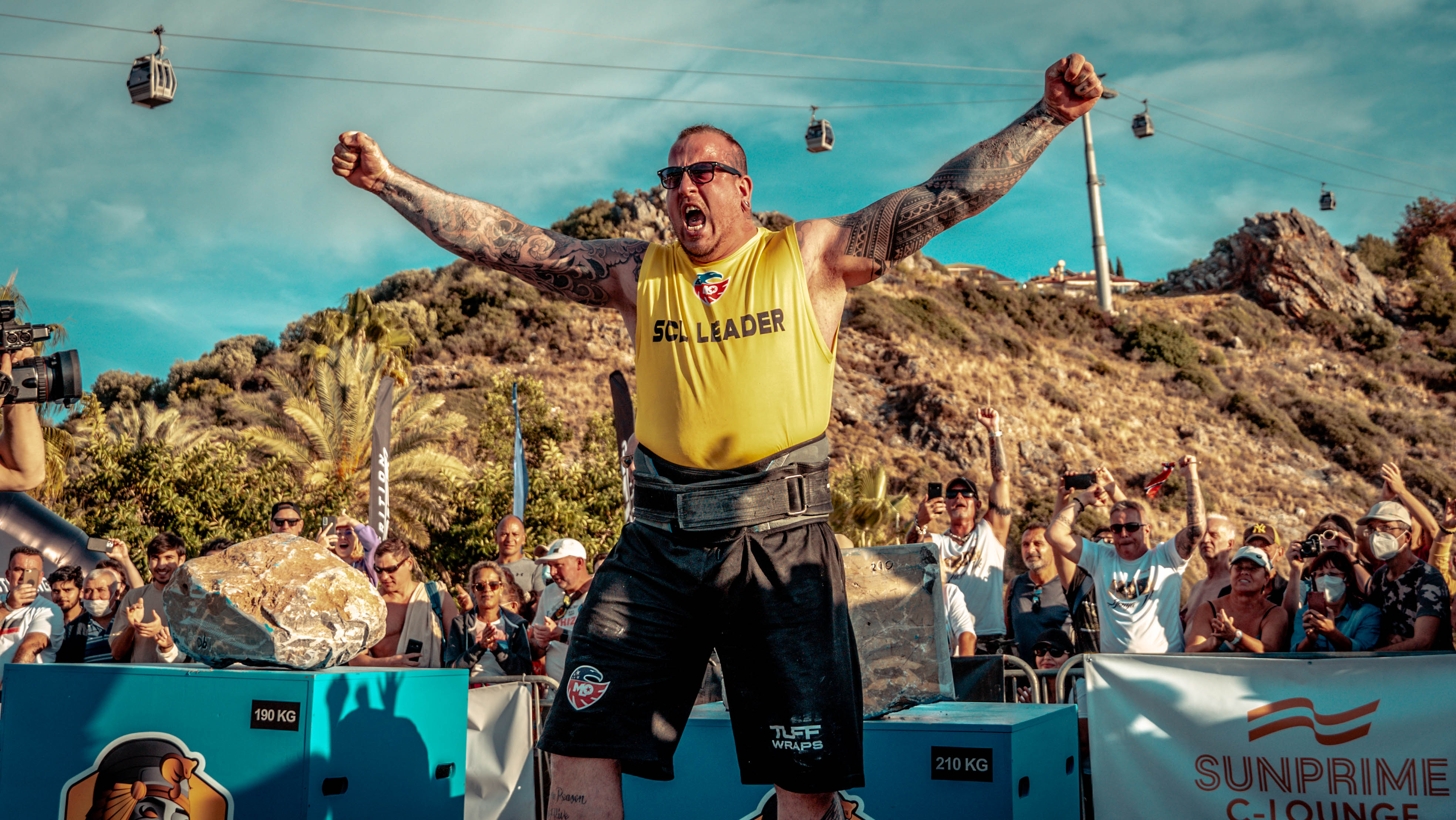 After an intense season of heavy lifting, titan battles and some nasty injuries, the best of the best met once again in Antalya, Turkey. This time to answer one of the most anticipated questions in the global strongmen community - who will be named the new overall champion in MLO SCL World Finals 2021.

Going into this final stage, the winner seemed unpredictable. On the one hand -the former champion Dainis Zageris and the acting one Aivars Smaukstelis, on the other - power athletes with constant progress throughout the whole season such as Kelvin de Ruiter, Mika Torro, Travis Ortmayer and Ervin Toots. In short – the odds for one unforgettable show were goood!

Kelvin de Ruiter finished first in two of the disciplines - Rock lift and Loading. Dainis Zageris accepted the challenge and won two as well - the Block lift (where he shared the best score with Dennis Kohlruss) and Deadlift Car. At the same time, Mikka Torro stole the show in the Truck pull and stated his champion ambitions.

As one of the most experienced strongman fighters, Dainis Zageris could have easily conquered another trophy for his ever-growing collection, but he made a couple of serious mistakes, most notably in the Rock Lift. In contrast, Kelvin de Ruiter remained true to his methodical approach, stable performance and high-achiever drive, which in the end allowed him to climb on the highest step on the winners podium. Aivars Smaukstelis was pretty close to defending his title from last year but ended with the silver, and Mika Torro took the bronze. Interestingly enough, Kelvin de Ruiter scored another significant victory for his country - for the first time in 13 years, the strongman championship title is going to Holland.