Well-deserved! Tom Stoltman is the strongest man in the world for 2021! 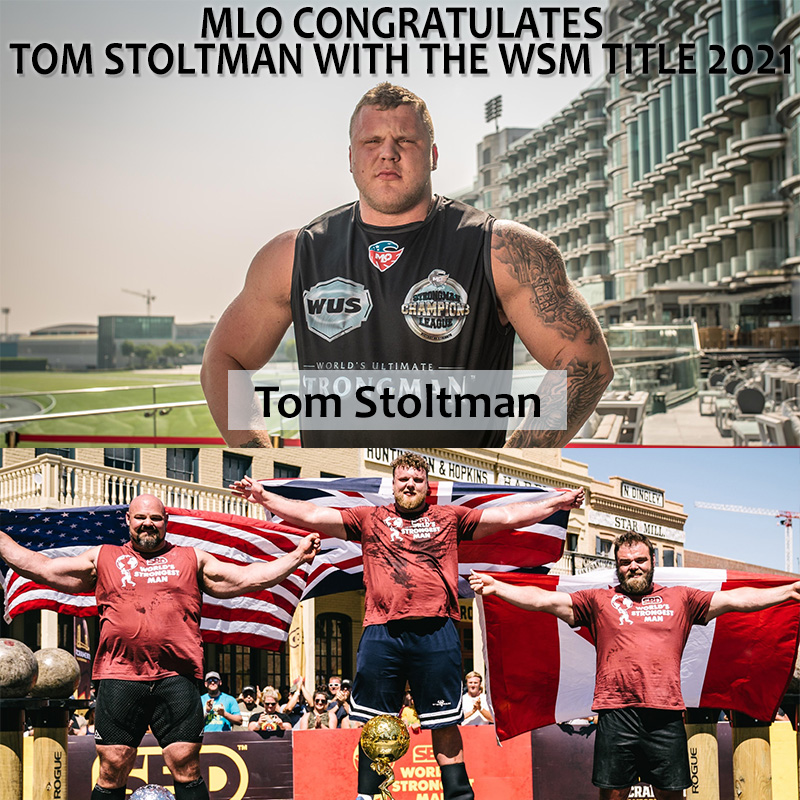 After an epic, five-day-long tournament, Tom Stolman was crowned as the champion in The 2021 World’s Strongest Man. The contest, which took place from June 15th-20th in Sacramento, California, was full of spectacular events and power athletes with an unbelievable drive for new world records and trophies.

Despite the burning heat, most of the strongmen scored impressive final results in all of the disciples, including Log Lift, Atlas Stone, Giants Medley, and Titan’s Turntable. Tom Stoltman faced several challenges on his way to the gold medal, and it was not an easy victory by any means. The first Scottish athlete to win the World’s Strongest Man beat in the final round Brian Shaw and Maxime Boudreault, sealing off a season of growing confidence and phenomenal commitment.

In moving tribute during the award ceremony, Tom dedicated the title to his mother and was overwhelmed with emotions for being able to honor a promise he'd made years ago. Tom's brother Luke, a distinguished strongman, took the stage to share how proud he is feeling right now and that he cannot wait to celebrate this huge moment in the Stoltman family's history.

Over the last few Tom Stoltman displayed great consistency in his games. He finished 3rd in World’s Ultimate Strongman (Dubai) and 2nd in 2020 World's Strongest Man, to name a few. With physical potential like his and this signature passion he is caring around, the future does seem bright.