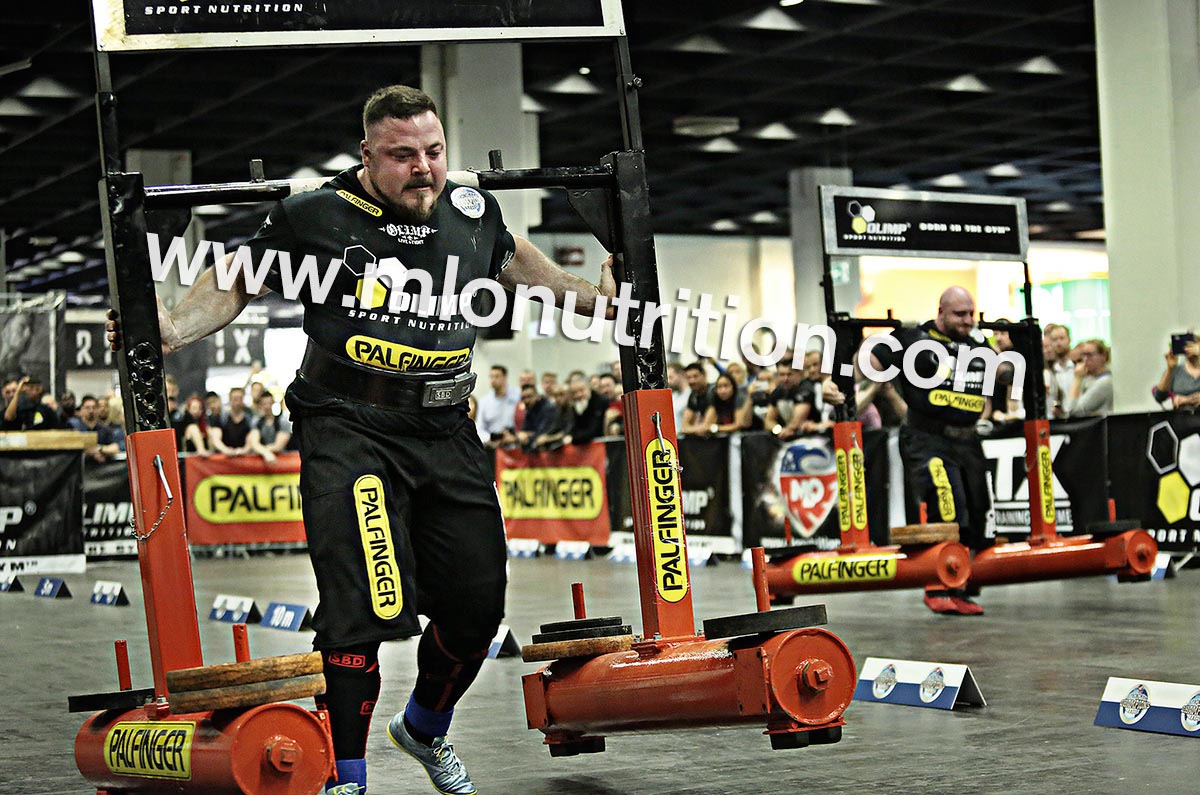 Equipped as usual with his trademark characteristics – super motivation, fierce spirit, and impressive stamina, Matjaž Belšak from Slovenia was without any doubt the rightful champion of MLO SCL GERMANY FIBO. His total score of 71 points left little chance for catching up in the final ranking for Tom Stoltmen, who finished second with 58 points, and Dennis Kohlruss, who grabbed the bronze with 55.5 points.

A definite highlight in this SCL Stage 2 was that last weekend in Germany, the Strongman Champions League introduced its new rules. 14 athletes start each competition. After the first three disciplines, two of them drop out - those with the lowest scores.

The other 12 athletes left are divided into 6 teams. The 4th discipline in the competition is between the teams, and after its end again, the two teams with the fewest points are out.

This is how to the final stage proceed with only 8 athletes. As a matter of fact, it was exactly the team discipline – Double Push-Pull, that turned out to be the most spectacular and compelling for the crowds that gathered to cheer some of the most powerful men on the planet.

The other hugely anticipated event was won by Graham Hicks, who set a New World Record on the biggest log in the world. Hicks' achievement came as quite a nice and unexpected surprise because his result was 1 kg above the previous best score, held by Krzysztof Radzikowski (the Polish star missed the competition because of an injury on his biceps). The MLO SCL event in Germany was also boosted by the presence of the acclaimed in the strongman circles names of Mark Felix and Danis Zageris, who closed the final top 5.

The next stage of MLO SCL will take place in Bosnia and Herzegovina on May 13. Hope to see you there!