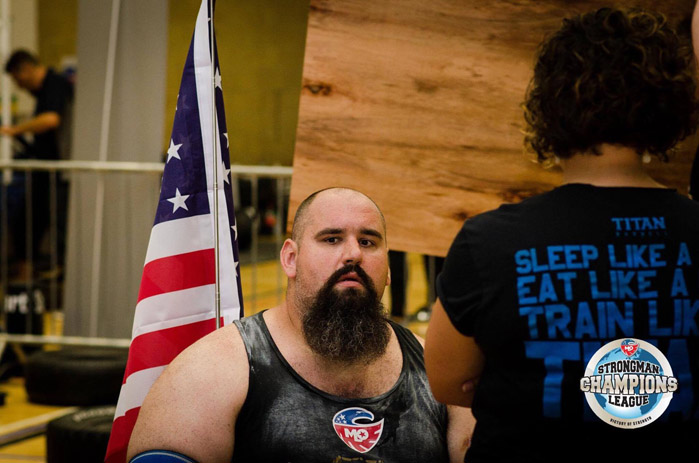 With 61,5 points, American Eric Dawson won the latest round of the Strongman Champion Series in England. This is his second victory for the season, and it looks like the big boy from Hubertus, Wisconsin, is about to become the sensation of SCL 2016.

Dawson took the lead early in the competition after finishing first in two very tough disciplines - “Hercules holds with cars” and “Stone of steel lift.” As a reward for his hearty game, Eric set a new world record in “Stone of steel lift” alongside his fellow Bulgarian athlete Stoyan Todorchev. Needless to say, the local public was filled with awe when they witnessed how the two Strongmen overpowered the immense challenge of 183 kg.

Till the end of the tournament, Eric Dawson managed to keep his scores high, leaving no chance to Martin Wildauer from Austria, who finished second but far behind with 10 points less than the winner. Mateusz Baron from Poland took third place with only one point ahead of Stoyan Todorchev, who last won the Strongman Champion Series in Bulgaria.

The last month next edition of SCL will take place in Finland on 20/21 August. MLO wishes good luck and many new world records to all the Strongmen who will be there.