The strongest man alive - after a perfect season, Matjaž Belšak is the new champion of MLO Strongman Champions League 2017 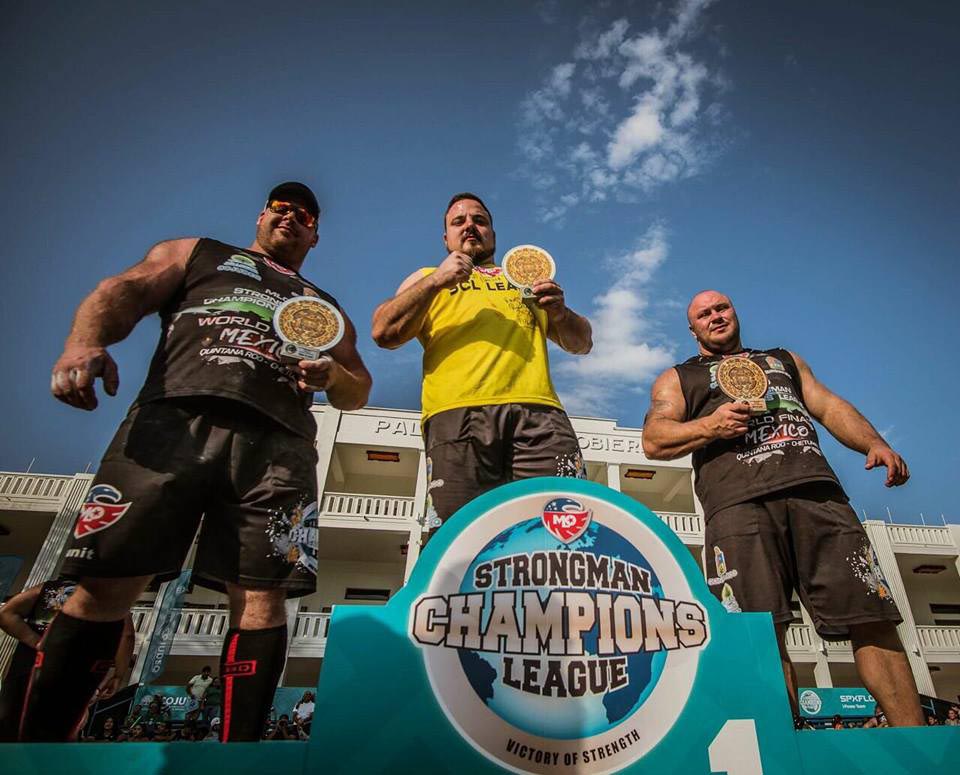 Watching Matjaz Belsak's winning quest throughout the year, it was very difficult to imagine how he could be stopped on his way to the ultimate championship title in 2017. Fierce hard worker, always striving for improvement and further progress, this Slovenian power athlete arrived at the World Finals in Mexico with one single purpose. The rest is history.

Belsak dominated in almost every discipline in the event, except "Car Deadlift" (won by J.F Caron with 10 repetitions), "Front Hold" (first place for Luke Herrick), and "One-Arm Kettlebell Throw" (where Dennis Kohlruss registered 5.10m with 26kg weight). Matjaz was absolutely unbelievable in the dumbbell discipline, and as a result, he set a new world record – 14 repetitions for 60 seconds with 95kg weight. In addition, Belsak was ahead of everyone in "Carry and Drag," "Bus Pull," and "The Medley."

The champion for 2016, Dainis Zageris, tried to catch up with the tempo, but in the end, he finished the competition 3rd with 71.5 pts. Finally, after he almost made it to the Top 3 podium last year, in 2017's World Finals, the mighty J.R Caron from Canada, at last, took his well-deserved silver medal.

MLO would like to express deep gratitude to our Strongman Champions League partners and all the strongman athletes involved in season 2017. It's been a pleasure and privilege to work with such professionalists and genuinely great guys as you!