With three new world records, Stoyan Todorchev is the winner of the 2016 MLO SCL Bulgaria 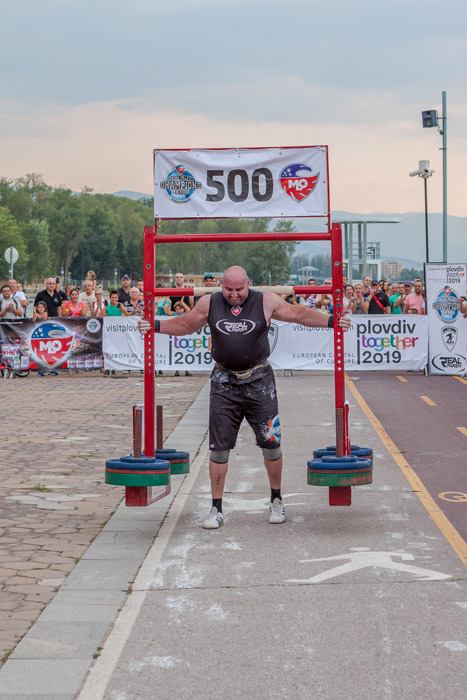 For the first time in sports history, a Bulgarian athlete triumphed in a round of the Strongman Champions Series. On July 24th, Stoyan Todorchev achieved a prestigious victory on home soil in Plovdiv, where he managed to set three new world records. On his way to the gold, medal Stoyan overcome the opposition of Matjaž Belšak from Slovenia – the current leader in the ranking for 2016 and Dainis Zageris (Latvia), who was the runner from 2015.

The fierce battle in Plovdiv between some of the most powerful men on the planet created a real precedent as the top five participants finished the competition within the bounds of 11 points – Stoyan Todorchev (60 pts), Matjaž Belšak (59 pts), Dainis Zageris (55 pts), Bjørn Solvang (52 pts) and Alex Moonen (49 pts).

Stoyan Todorchev, a former powerlifting champion, won the SCL Bulgaria after he gave an outstanding performance in his prime discipline - the Farmer's Walk, where he broke two world records – for distance and time. First, he walked 25 meters with 200 kg weights in both hands and finished for just 16.65 seconds. Later Stoyan surprised his rivals and the local public by destroying another record, this time in the discipline Yoke, in which he carried a weight of 500 kg at a distance of 16 meters - the new best score in the world.

As the official sponsor of the Strongman Champions League, MLO congratulates all winners and participants in 2016 SCL Bulgaria and hopes for an equally thrilling round at 2016 SCL England (13 August).