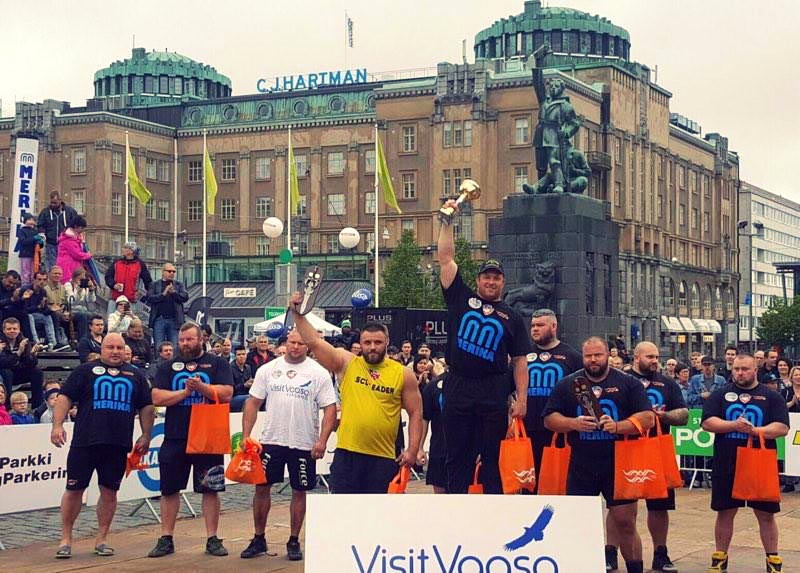 Last weekend Simon Boudreau scored a victory to remember on his debut in Strongman Champions League. Despite the continuous rain on Day 2, Boudreau revealed excellent physical form and finished the competition with an overall result of 57 points. Furthermore, the Canadian titan gave a remarkable performance in the discipline “Hercules hold” with the accomplishment of one minute (the second-best result in the ranking being 40 seconds).

Boudreau was constantly cheered by the public in Vaasa, which played a huge part in his success. He communicated with the local people throughout the whole competition, and this positive attitude helped him made new friends that boosted his motivation even further. Sean “The Giant” O'Hagan from Ireland, who earned a place in the top 10, also received a lot of praise from the Finnish fans. All the participants in SCL Finland fought till the end, turning this edition of the series into a thrilling spectacle, where just one point was enough to decide your fate.

The next round of SCL will take place in Sibiu, Romania, on Sept. 17th. Be there to support your favorite athlete and witness the victory of strength.