For the second year in a row, J. F. Caron is Norway`s Strongest Viking 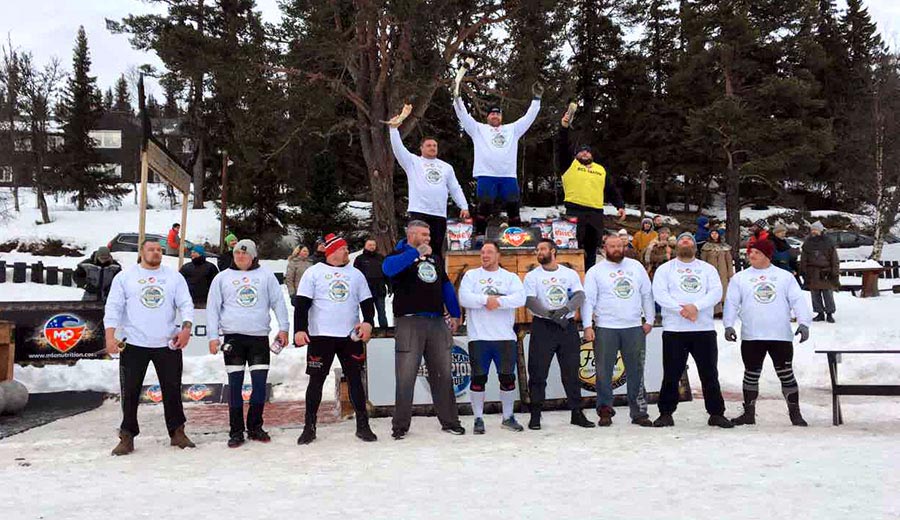 Perfect organization from the local hosts. Weather conditions for real men. Competitors eager to begin the new season with a flying start. That sums up pretty well the last edition of MLO Strongman Champions League, which took place in the pretty town of Vinstra, Norway.

Also known as “The Strongest Viking,” this first event from 2017's calendar set a very high bar, showing how much progress, willpower, and strength development have managed to achieve some of the athletes during the season break. Jean-Francois Caron from Canada proved once again that he masters the Viking spirit and might by finishing in 1st place with 59 points, which was almost 6 points more than Krzysztof Radzikowski from Poland. This is the second title in a row for Caron, who also won MLO SCL Norway in 2016.

The competition in Vinstra was structured in six different disciplines – "Log Front Hold," "Boat Pull," "Power Steps," "Viking Press," "Yoke with 400 kg," and "Atlas Stones." Instead of metals, most of them were used natural materials like wood and other eco-friendly inventions. As a result, they contributed significantly to the authentic atmosphere of the event, which this year was spared from snowstorms and fierce winds, although the temperature remained -10°C throughout the day.

The tournament began with "Log Front Hold," where Lucain Herrick from the USA was unbreakable and earned himself the honor of wearing the yellow "Leader" t-shirt on his very debut for MLO Strongman Champions League. In the next challenges, Sean O`Hagan from Ireland tried to steal the show. He revealed immense progress since the last year's competitions, and for the moment, his future in the league of strongest seems more than bright. The absolute warrior Krzysztof Radzikowski gave as always a solid performance, and he was in the first place before the last discipline, "Atlas Stones." This is where J. F. Caron took advantage of his powerfully built frame and nailed his second triumph in Norway. Or, in other words - "Once a Viking, always a Viking."

The next round of MLO SCL will be in April, during FIBO Germany. Stay tuned!