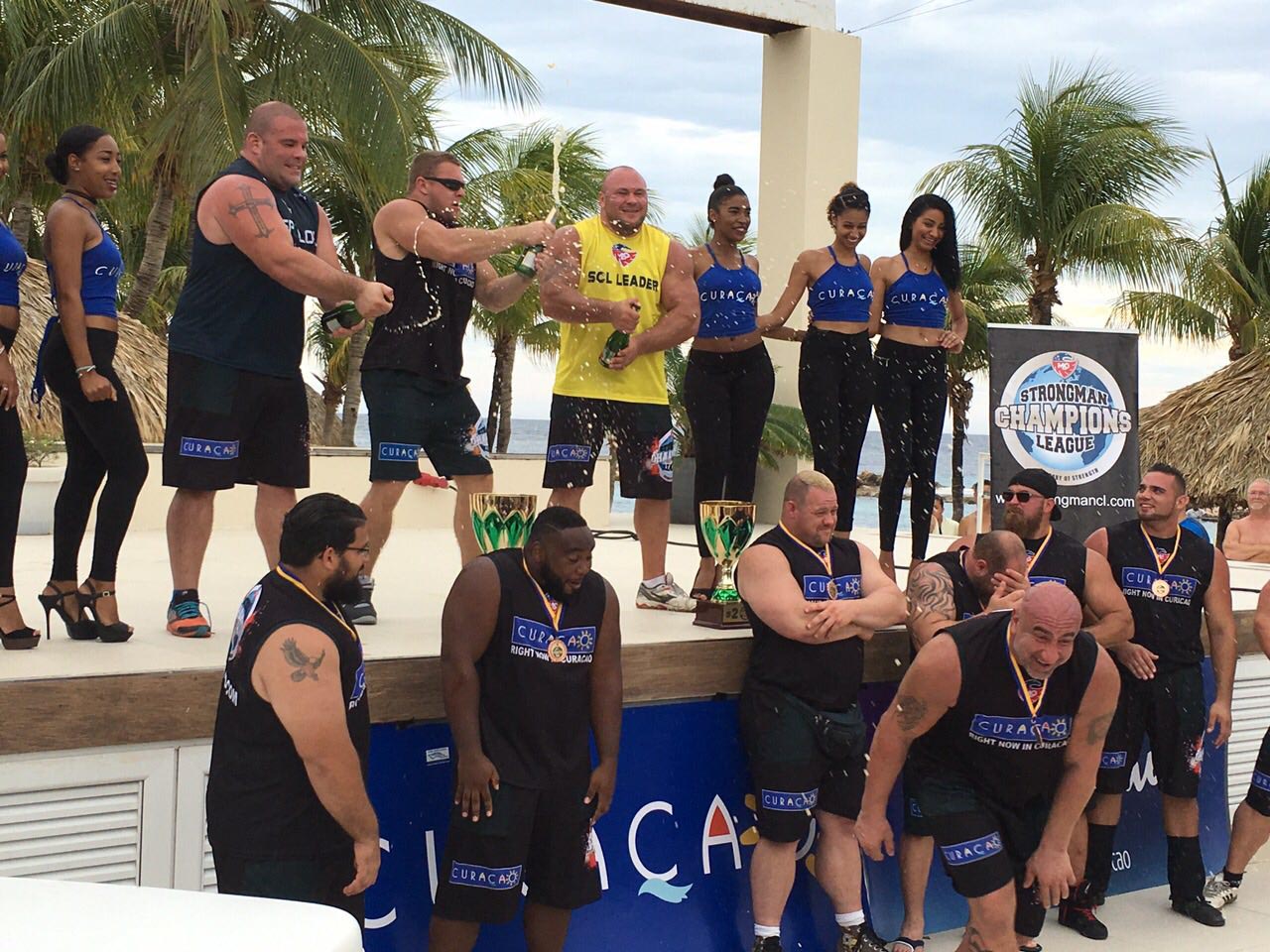 In the unique Caribbean paradise of Curacao, a strongman from Quebec forged his tremendous victory - an achievement done both with pure power and a little bit of luck at the end. On Day 1, Jimmy Paquet won “Trapbar Deadlift” ( 355 kg) and “Stone Log lift”(100 kg), but Dainis Zageris, who wore MLO SCL Leader`s Yellow T-Shirt, managed to equal his points with the Canadian debutant. LAST YEAR, the SCL champion Krzysztof Radzikowski was also in spitting distance to the leaders after he set the best score in “Shot Put” with 2 world record.

The drama escalated on Day 2 when Alex Moonen prevailed over the others in “Truck Pull” and started to make his way to the Top 3. At the same time, Dainis Zageris confidently proceeded with his quest to the final victory, and before the start of the last discipline – “Barrels Carry,” he was 2 points ahead of Jimmy Paquet. However, the high cost of a small mistake – one dropped barrel, turned the table once more for the Latvian giant, and the victory went straight to Paquet, who ended with 55.5 overall points versus 54.5 points for Zageris. Meanwhile, Alex Moonen beat Krzysztof Radzikowski for the second time and finished 3rd in the final standing. Besides the drama, the competition in Curacao will be remembered with the perfect organization by the local MLO SCL partner - Jose Ursulita.

The next round of SCL will take place in Porto, Portugal, on October 8th and 9th. Don`t miss the chance to witness another spectacular battle for qualifying places in the 2016 SCL World Championships Season Finale on 4/5 November in Dubai, where 1 kg of gold awaits the winner!