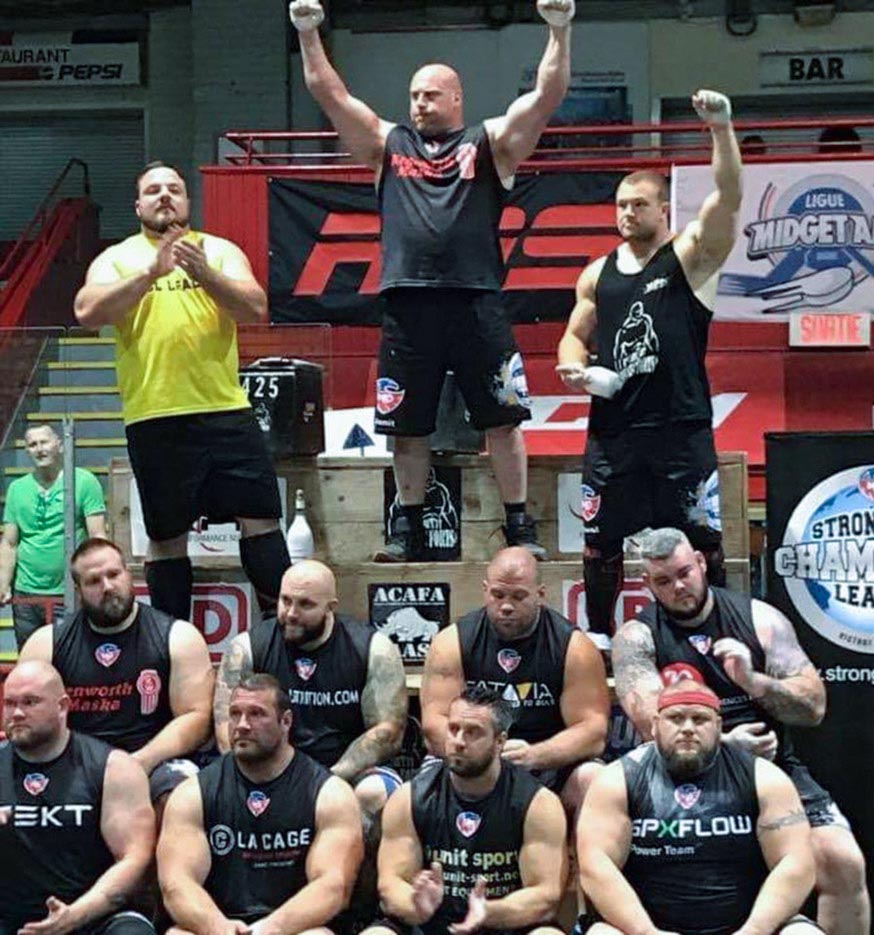 Canada's Strongest Man Jean-Francois Caron celebrates his debut in MLO SCL Canada with a remarkable victory over 2017 MLO Strongman Champions League leader Matjaz Belsak. In fact, this was Caron`s second win from two starts! Success in Canada shuttles him to 4th place in the 2017 MLO SCL overall standings with 50 points.

Matjaz Belsak, who saw his fragile lead after Day 1 diminished by Caron, wasn`t very upset in the end because the second place extended his overall advantage to 41 pts. Ahead of his closest rival, Graham Hicks of England, after the first 6 stages of this year`s MLO Strongman Champions League.

Belsak literally made the home crowd wild after setting a new World Record in 102,5 kg. Dumbbell One-Arm Press with 9 repetitions in 60 seconds! This, however, wasn`t enough to stay on top of the field after decisive wins of JF Caron in Overhead keg throw and Farmer`s walk. The second-best Canadian, Jimmy Paquet, show a strong display in all events to finish 3rd on the podium, just 1.5 points behind Belsak.

Now MLO SCL Tour returns in Europe, with the next round in Vaasa, Finland, on 19/20 August.