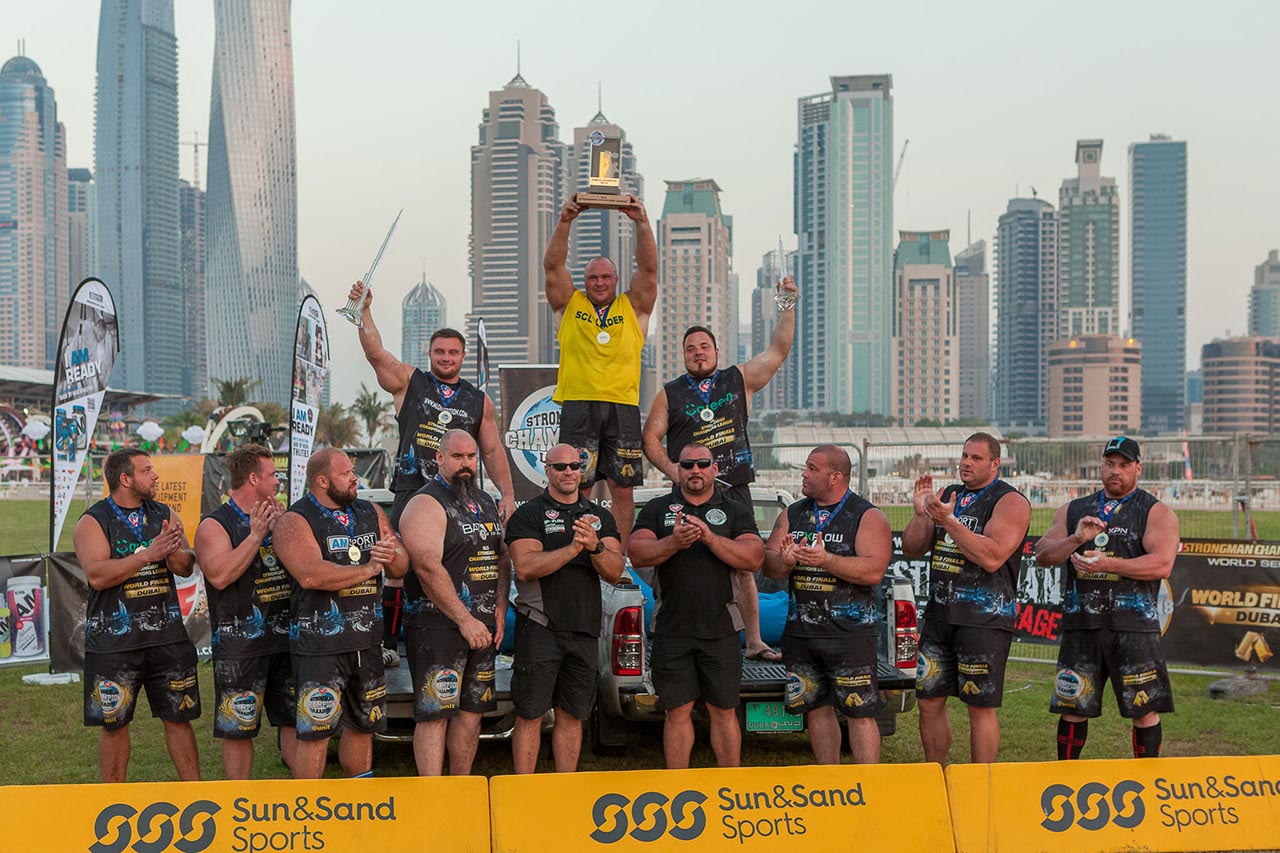 After 2 days, 6 events, and dozen unquestionably heavyweights, Dainis Zageris is the new MLO Strongman Champions League champion. Last weekend the mighty Latvian swept away his opponents in the final competition of the series, which took place in Dubai. Zageris was invincible at the top with 56 points, followed by the champion from 2015 – Krzysztof Radzikowski with 48 points and Matjaz Belsak with 46 points.

Despite the sweltering weather conditions, the competition in Dubai was full of memorable performances and strong results. On Day 1, Krzysztof Radzikowski registered a well-deserved victory in the discipline Car Pull, and Eric Dawson triumphed in Rocklift, where the athletes had to lift three stones with different weight (100 kg, 110 kg, 130 kg) and Dainis Zageris finished first in Pole Pull without a single lost in all of his matches against the other Strongman participants.

Day 2 started with Dead Lift Car, an event won by Jean-Francois Caron, who made the striking 12 repetitions with a 450 kg weight. Next, Bjorn Solvang had no problems winning his world-record discipline Front Hold. Finally, the last event in the Loading Race competition was won by Matjaz Belsak with his amazing 30.52 seconds.

Among the other prizes, the big winners - Zageris, Radzikowski, and Belsak also received products from MLO so they can keep improving their excellent form for the next season.