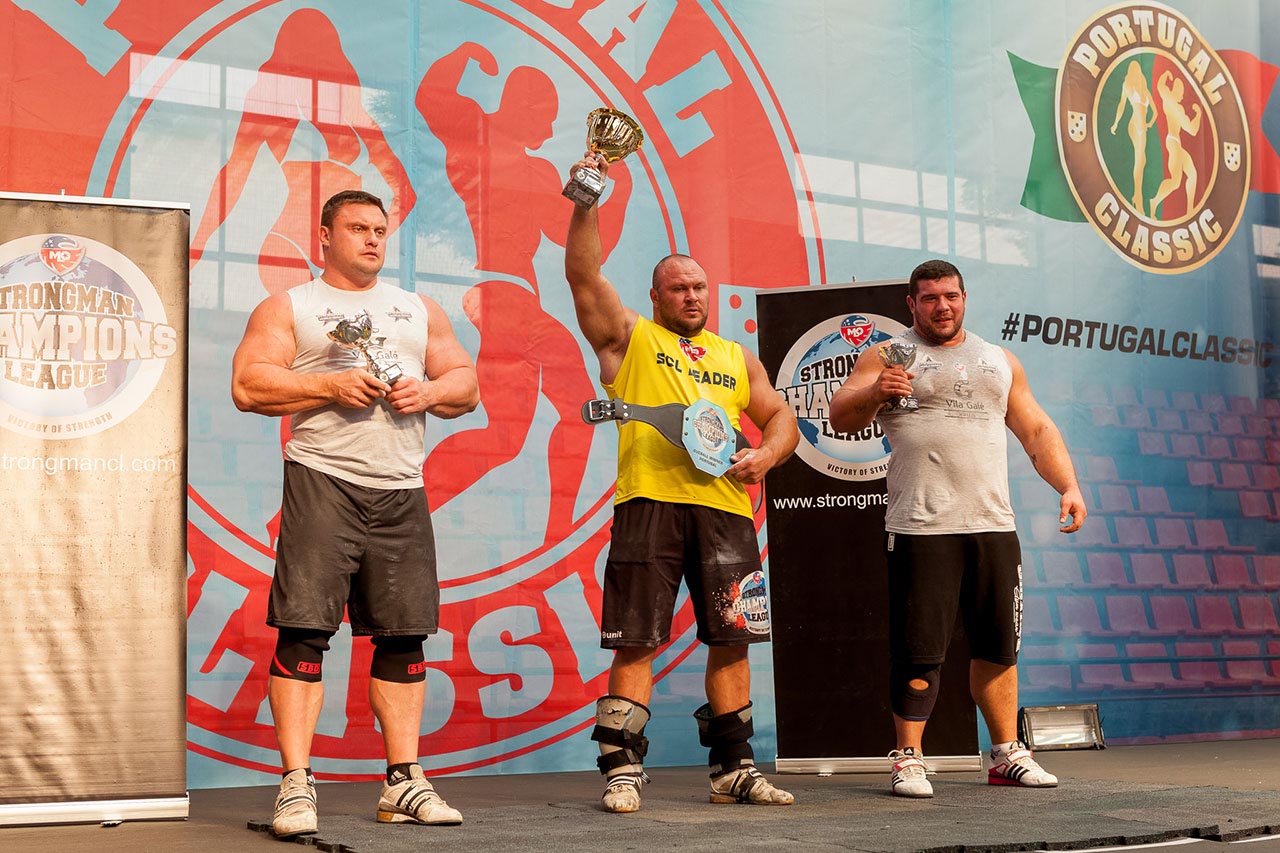 Needless to say, as the grand finale of season 2016 is just around the corner, now every single battle in Strongman Champions League is more than crucial - especially for the leaders in the ranking. However, despite the huge pressure of the yellow T-Shirt, last weekend Dainis Zageris showed once and for all that he deserves to bring home the gold trophy from MLO SCL Portugal.

Zageris, who was in the second position after Day 1 of the tournament in Porto, managed to overcome the strong resistance of Krzysztof Radzikowski by making some impeccable holds in the discipline Log Lift. Radzikowski, a highly experienced fighter himself, finished first after Day 1 with good results in Forward Hold and frame Carry, but in the end, Dainis Zageris beat his numbers by just one point - 54 pts vs. 53 pts.

The same kind of tight rivalry was also present in the duel for the bronze medal. Roberto Rodrigues from Spain and Matjaz Belsak from Slovenia closed the competition with equal points (47.5 pts). Only because Rodrigues had registered victories in two of the disciplines, he won third place. To confirm how competitive MLO SCL Portugal was, this identical scenario happened once more – for the 5th and 6th place, where Marcos Ferrari from Brazil and Sean O'hagan from Ireland finished both with 36.5 pts.

The next edition of MLO Strongman Champions League will be SCL Gran Canaria on 21/22/23 Okt. Looking forward to seeing you all there!