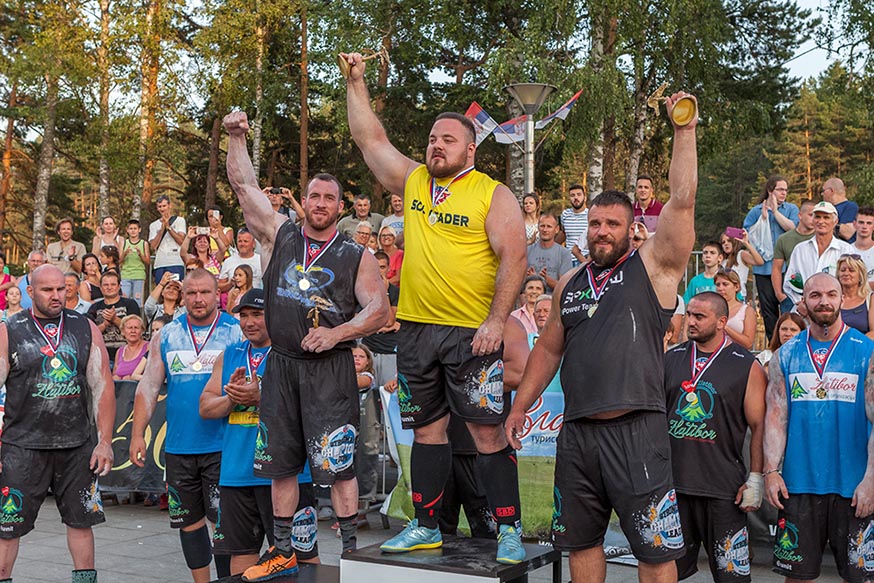 On July 22th the beautiful mountain resort Zlatibor in Serbia became a witness of Matjaz Belsak's latest triumph as he achieved his third win in MLO Strongman Champion League this year.

Even though Matjaz did make some small mistakes in the course of the event, in the end his remarkable strength skills and professionalism saved the day. Belsak ended the competition with 57 points, closely followed by Kevin Faires from USA whose result of 55.5 points granted him the silver medal.

Belsak and Faires were actually a very powerful duo in the team discipline "One hand dumbbell press with 100 kg", where the strongest Slovenian nowadays gave an outstanding performance. The bronze medal in MLO SCL Serbia 2017 landed in the massive hands of Aivars Smaukstelis from Latvia – another athlete with amazing set of qualities and unquestionable potential for future victories in the League.

The overall impression from the show in Serbia was more than good. All of the participants were in great sport shape and the rivalry in the different disciplines, especially in the "Car Deadlift", is a sure promise for even more exciting and tough stages of Strongman Champion League in 2017.

The next round of MLO SCL will take place in Saint-Hyacinthe, Canada on 27/28 July