At last! Dennis Kohlruss wins for the 1st time a stage of MLO Strongman Champions League! 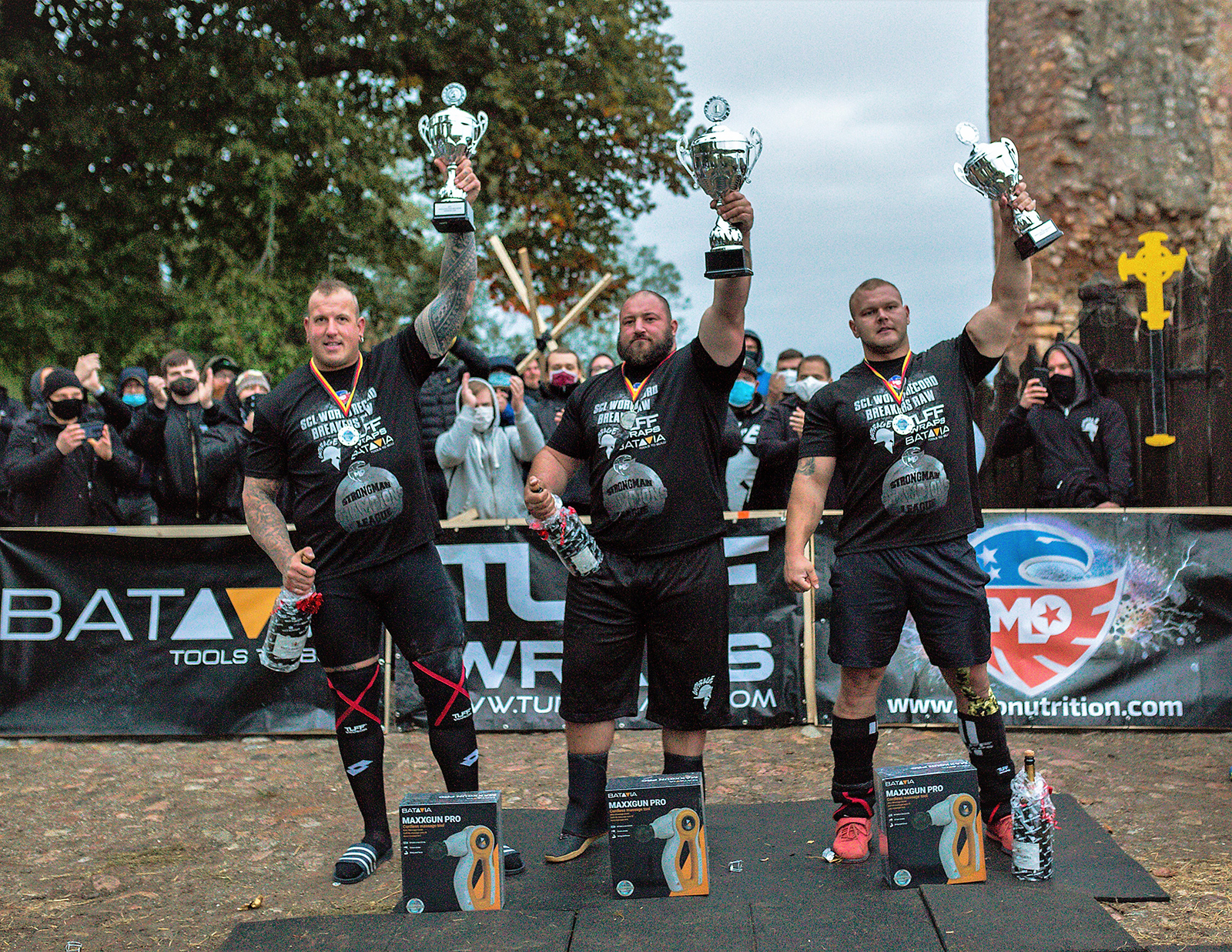 It was about time, we must say, a truly talented and dedicated athlete like Dennis Kohlruss to score a big victory in MLO SCL. This happened during World Record Breakers, which took place in his native country, Germany (which makes the gold medal even sweeter, right!)

Dennis accomplished a world record with the Golden  Dumbbell lift (3lift x 105 kg) and finished the competition with 38 points on his way to first place.

The silver rolled itself directly into the mighty biceps of Kevin De Ruiter, who also executed a world record - Viking Deadlift with a total of 670 kg. That was 20 kg more than Ervin Toots from Estonia– the bronze holder in this stage of  MLO Strongman Champions League.

The third world record in Germany came from Sean O’ Hagan – the MLO SCL leader of the moment. He conquered the Hercules Hold with a weight of 500 kg, hold for 35,48 Sec.