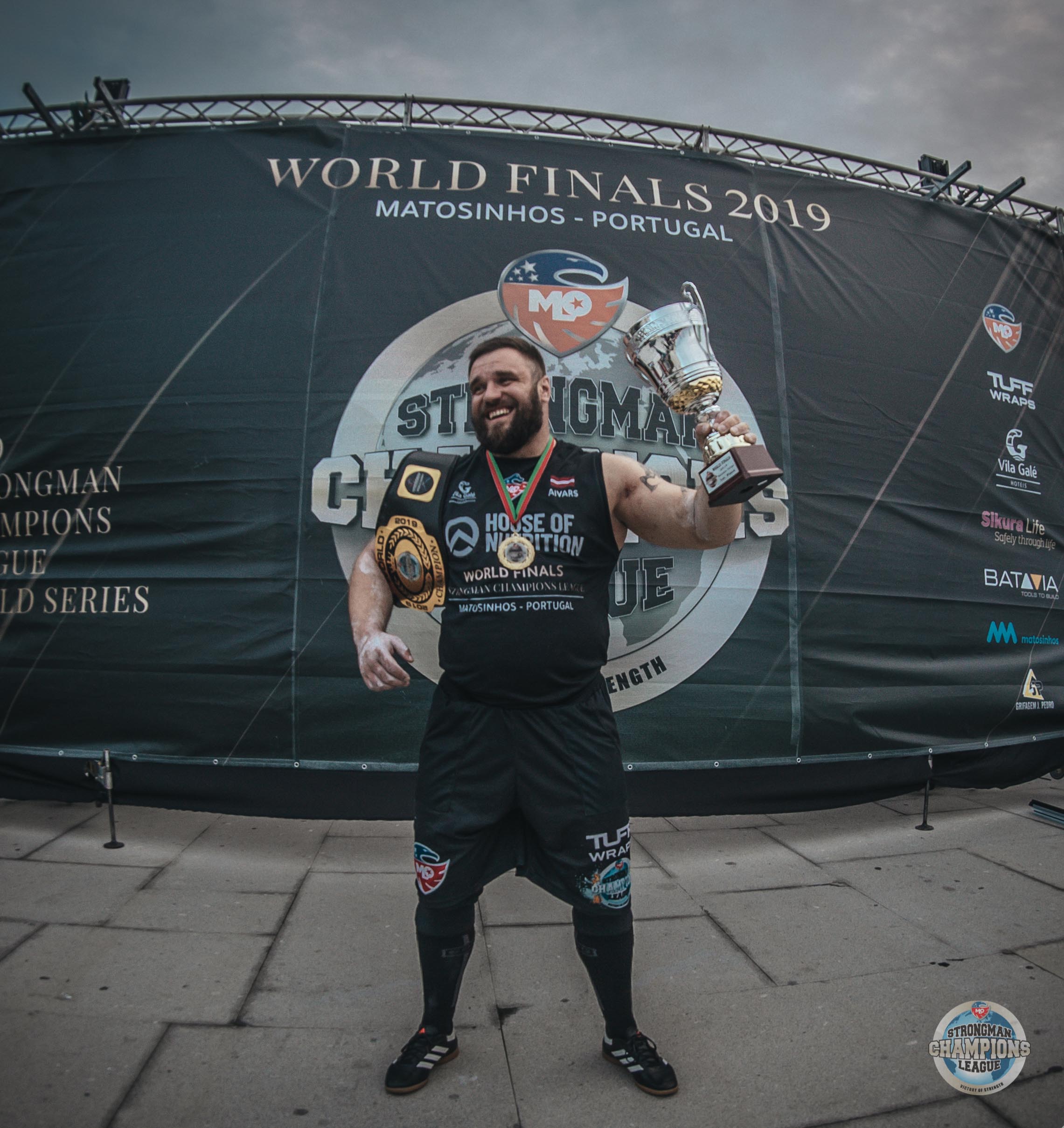 Last year Aivars Smaukstelis from Latvia finished with bronze in the final series of MLO Strongman Champions League. But, this time, he was ready - to rule.

Even though the fierce competition between the first four athletes in the ranking was present till the very end, Smaukstelis displayed very consistent, stable, and good results throughout the whole event, in every single discipline.

Well-prepared, both physically and mentally, Aivars was able to maintain and distribute his powers wisely in time and closed his Strongman year 2019 with the gold champion honors.