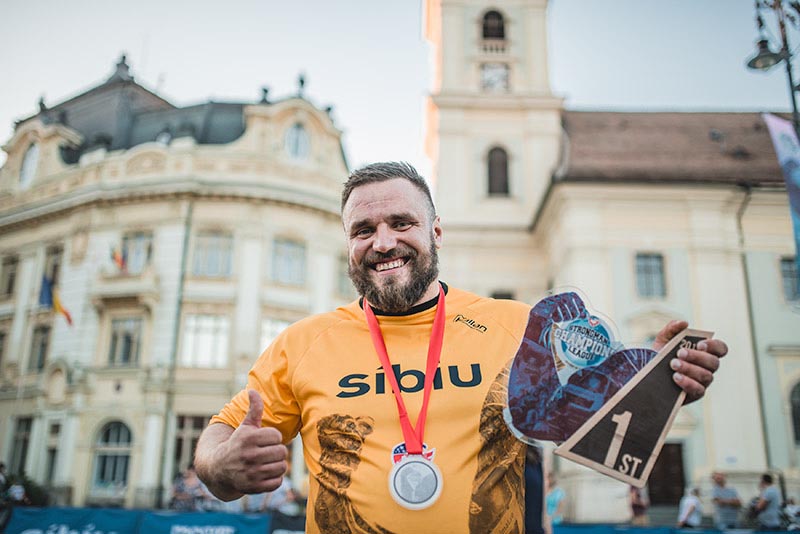 Situated in the very heart of the Carpathian Mountains, Sibiu is a Romanian town, where you can really enjoy the perfect mix of nature, history and urban beauty. As a bonus, the climate here is pleasantly mild, offering some of the best weather conditions for a strongman event around Europe. All this, without doubt, set the mood for the high results and showtime vibes in Stage 11 of Strongman Champions League.

The competition in Sibiu was organized in six different disciplines. The first one – Car Hold, was dominated by Sucman Rodion, who managed to take an early lead against his main opponents and with few strategic moves later in the game, he succeeded in winning the 3th place.

However, the focal point in the event was the discipline Atlas Stones. Throughout the whole tournament Aivars Smaukstelis showed steady scores that kept him in the front line of the ranking, but it was in Atlas Stones where his first big victory in MLO SCL was forged. The Latvian strongman and Alex Moonen from Holland both put on display their amazing strength and spirit, once they faced the heaviest rounded weights. Still, the advantage this day was on Smaukstelis' side and his victory in the discipline crowned him as the winner of MLO SCL Romania 2017.

The silver went to Phil Roberts from England, who this time made his way to the top 3, after he finished 4th in MLO SCL Serbia earlier this year.

The next round of MLO SCL will take place in Curacao, on 8 October